The Magic Mirror Mercury slot machine is a commercially classic slot game with five reels in three rows with ten pay lines. In this online game you will be transported into a fantasy world full of unicorns and princesses. The mysterious world behind the magic mirror is just waiting for you to discover.

With a minimum bet of only ten cents, the game is certainly very interesting for newcomers and people on a budget. The stakes may, however, be up to twenty Euros per rotation, and can thus make huge profits. With its average pay out rate, the Magic Mirror Slot Mercury is in the above average range.

How to play the Magic Mirror of Mercury slot machine?

The desired application is activated by pressing the plus and minus fields in the lower right corner. By pressing Start a single spin happens, with new spins by selecting auto-start, they are automatically performed until the game is interrupted by again pressing auto-start.

There are ten different symbols, which, if they are on a payline from left to right next to each other, provide a win:

K, A: Even three of the same of these low winning symbols amount to half the payout, however, four or five of the same symbols payout fifteen times. 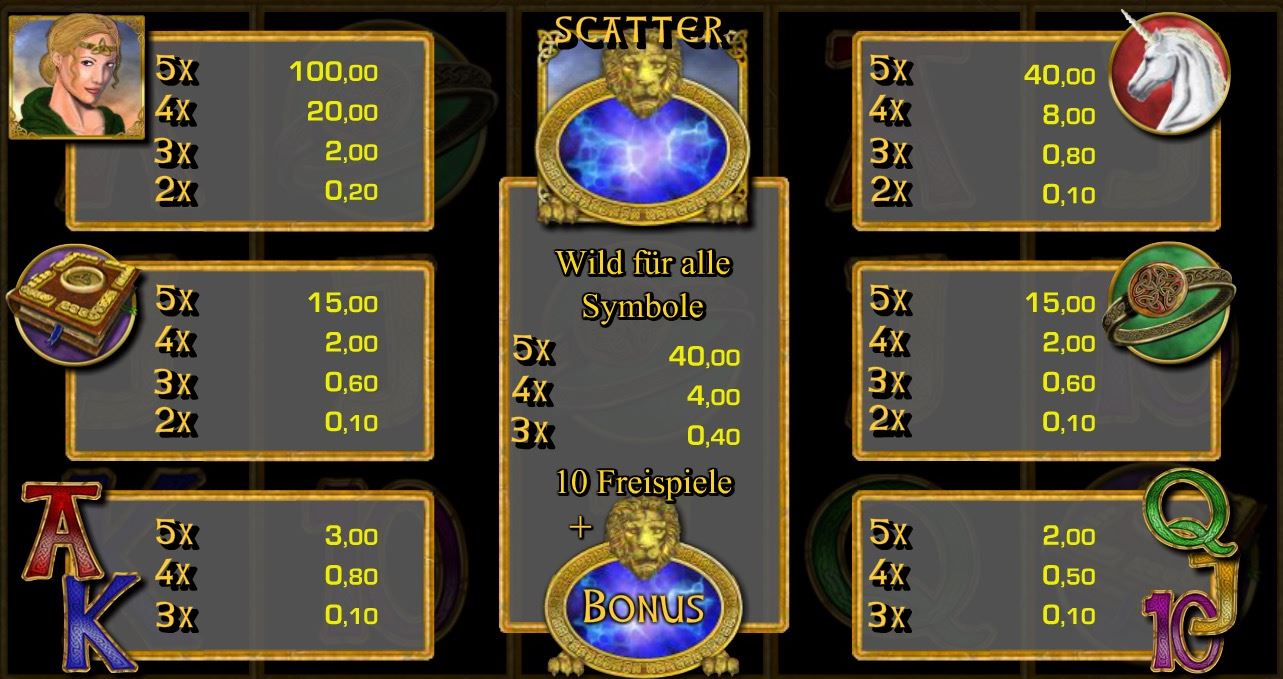 All four of these symbols have in common that a combination of two identical symbols are enough for a payout. For most, this is half the stake, except for the princess, who pays the whole stake.

Ring, book: For three of the same, payout is three times, ten times for four and five in get a fifteen times payout!

Princess: The highest symbol is the princess. Three provide for ten times the stake, four for one hundred times, and five of the same for five hundred times your original bet!

The Magic Mirror serves both as a wild symbol, scatter symbol and as for getting free spins. When a Wild symbol replaces each other symbol it gives a win. For three Magic Mirror symbols, regardless of their position, ten free spins are won, and the double is paid out, for four symbols, twenty times and five scatter symbols pay out two hundred times.

If before the free spins symbol is randomly selected, which appears in the event of a win on a complete roll, it ensures wins on different paylines.

If a win is made, this can be either accepted or betted  using two different variants which can be selected.

On the card game, the bet is on the colour of the next card, if successful, the prize is doubled and in case of losing, the win goes down to zero. Similarly, the main risk, where either the next rung of the ladder is climbed, or the prize is forfeited. This can either be continued or the win can be paid out. Another option is the partial payment, with half of the win paid out, and it sinks down a step on the ladder or the card value is halved.