Novomatic has set new standards. Games that have become classics such as Book of Ra, Lord of the Ocean, Sizzling Hot or Lucky Ladys Charm are proof to established and new users that there is no end to innovation. Greentube’s software developers’ proprietary releases have added new facettes to classic gameplay and have become international industry standards.

The Novoline series includes over 70 individual slot games. There is something for every taste: while trend-conscious customers may opt for Book of Ra, Faust or Dolphin’s Pearl, Golden Sevens is a favourite among players who prefer straightforward and traditional games. Novices can comfortably try out the slots for free in fun mode, playing according to their own requirements and at any time.

Novomatic’s success hasn’t come from nothing. The company’s developers are highly responsive to clients’ needs and go with the zeitgeist – while holding on to popular elements from older games. The Novo series slot games are easy to understand and free of any obstacles that would prevent beginners from playing them. Unlike with progressive game concepts, players can get the hang of slots like Book of Ra after only a few spins.

On first sight, Golden Sevens seems like a relic from a bygone era. The game focuses on classic slot symbols but puts them into a modern context and leaves it up to players to decide how high a risk they want to take. The symbols are reminiscent of the great classics of the past. Even so, the games’ resolution is razor-sharp and symbols are easy to distinguish, no matter how small the screen. As a result, the slot machine is an attractive option for both beginners and veteran gamblers. 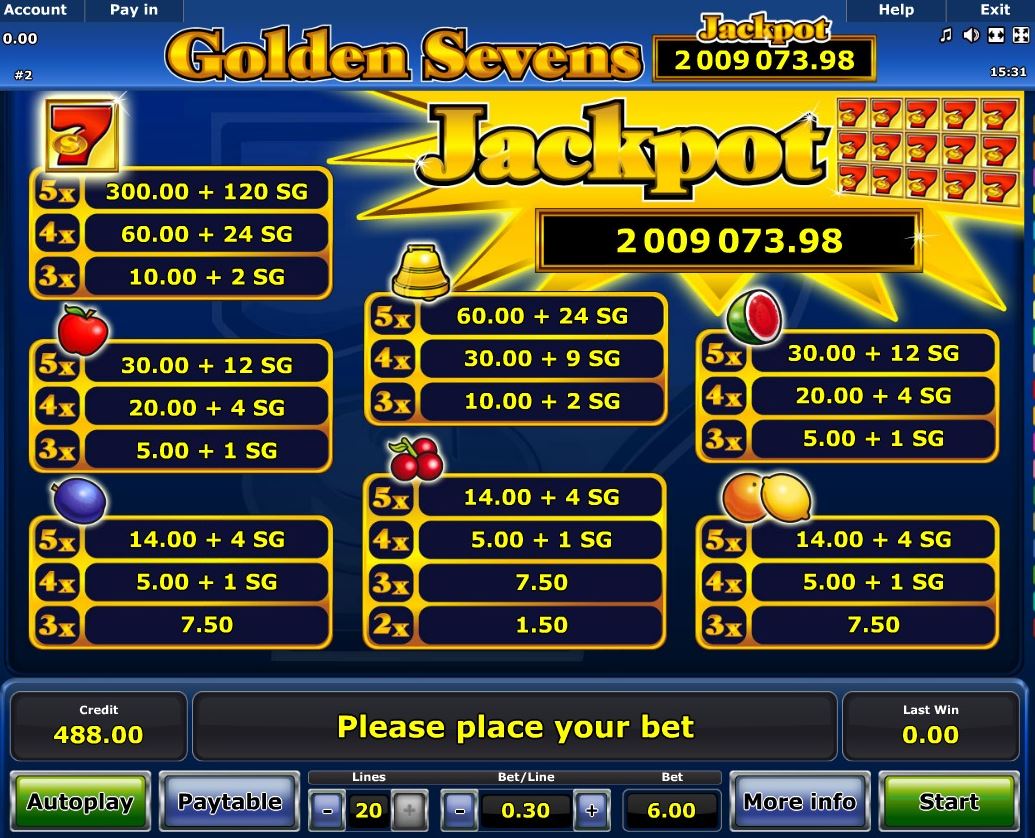 Novomatic primarily targets players with a low budget who want to try their luck without making a large commitment. Golden Sevens goes its own way, being just as suitable for high rollers. The minimum bet is €0.02, while the maximum per spin is €200. Players can change the stakes after every spin to be able to react to lucky strains. Despite possible high bets and regardless of budget, players shouldn’t forget that a win is never guaranteed. The slot has an optimum pay-out rate of over 90 percent – but any bet may be lost if luck isn’t on your side.

How does Novomatic’s Golden Sevens work?

It seems crazy that Golden Sevens should only have seen the light of day in this century. Long-time players will pick up on the references and enjoy designs that younger generations might consider a bit dated. But thanks to the simple gameplay, newbies get their money’s worth at Golden Sevens, too. Choose how much and on how many betlines you want to bet and hope for a win.

The slot has five reels with up to 20 paylines. Unlike with the machines that were popular in the last century, cross wins are a regular occurrence when a player gets three identical symbols in a row from left to right. Payoffs vary. The symbols are associated with individual multipliers that can be viewed by clicking the “playtable” button. The golden seven is, of course, the most coveted symbol. If an entire payline is made up of golden sevens, players win a jackpot of up to 1,000,000 credits. 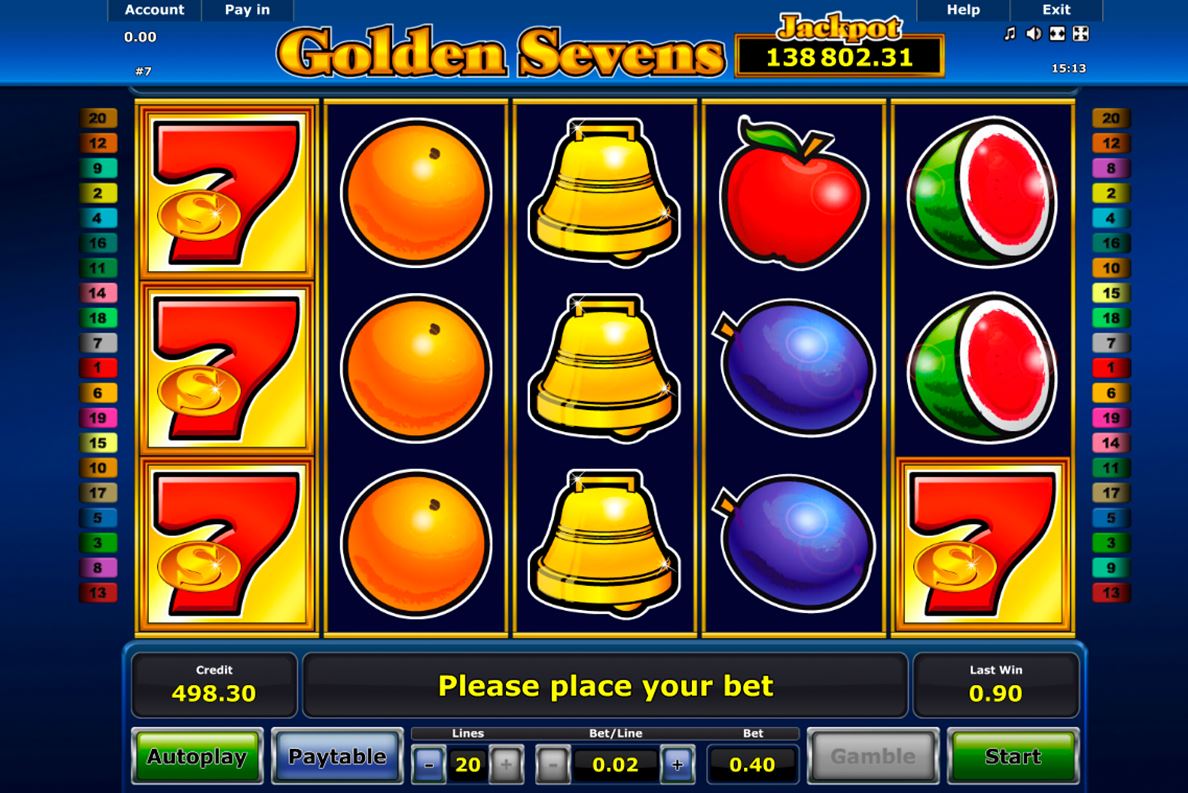 Most slots today offer Wild, Scatter and Bonus rounds, but Golden Sevens goes without such frills. Instead, players can collect MG points throughout the game. If players throw their line wins into the pot in gamble mode, not only does the winning amount double when the predicted card colour turns out to be right, players are also showered with additional money gifts on top. If a player has collected enough points, a fortune wheel-like bonus round with high potential wins is started.

It’s not just the MG points that separate Golden Sevens from the majority of slot games. Golden Sevens also offers a progressive jackpot. The maximum win can reach a seven-digit euro sum, provided the entire screen is filled with the red seven symbol. It may sound impossible, but it can change your life forever. As queens and kings also turn into sevens in the feature mode, the odds of winning the jackpot are higher than you might expect!